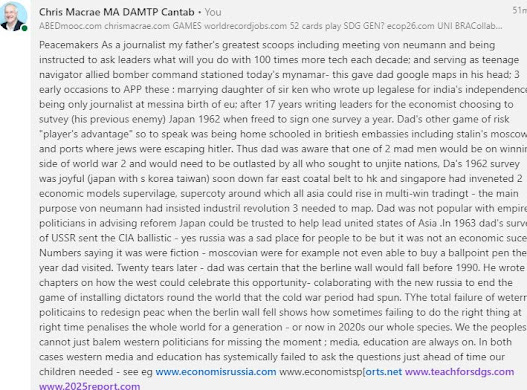 by 2016 as the worlkd has the last 15 yera opportunity to unite ariund sustainability gaols , much more work needs to be done but largely the belt road mapping needed remains - in other words russia hasnt moved; nor have its biggest neighbors; and technolgy had advanced so much
Posted by chris macrae at 12:09 PM No comments: 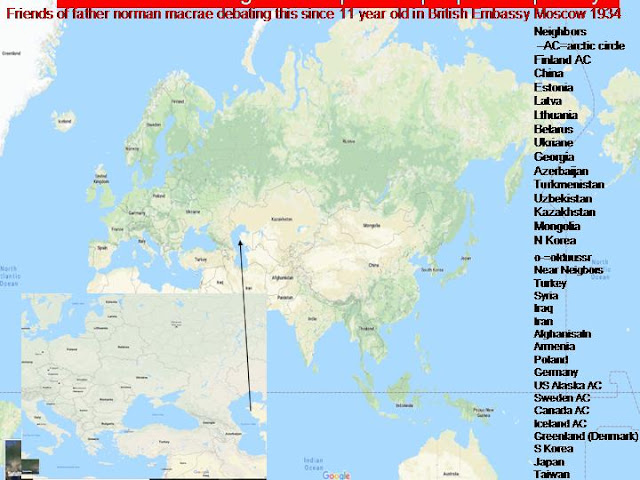